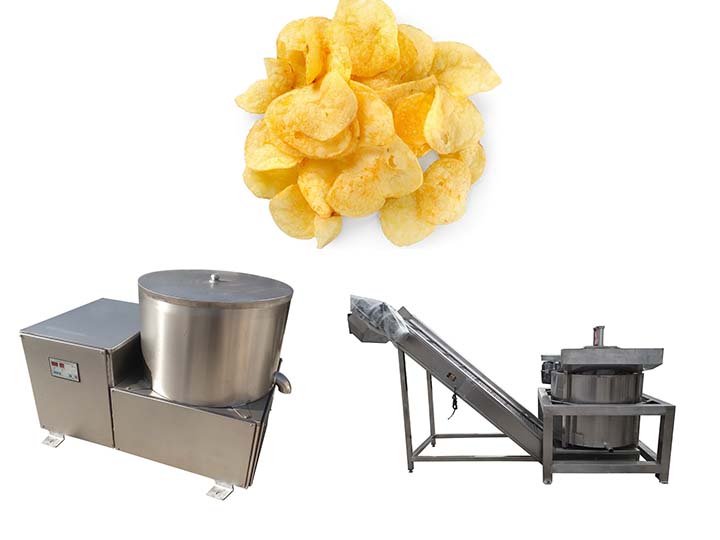 There are three types of potato chip deoilers, one is a centrifugal deoiler, the other is an upper or lower discharge deoililing machine, and the other is a continuous deoiler.

If you want to learn more about the de-oiling machine or the potato chip line,please contact us.