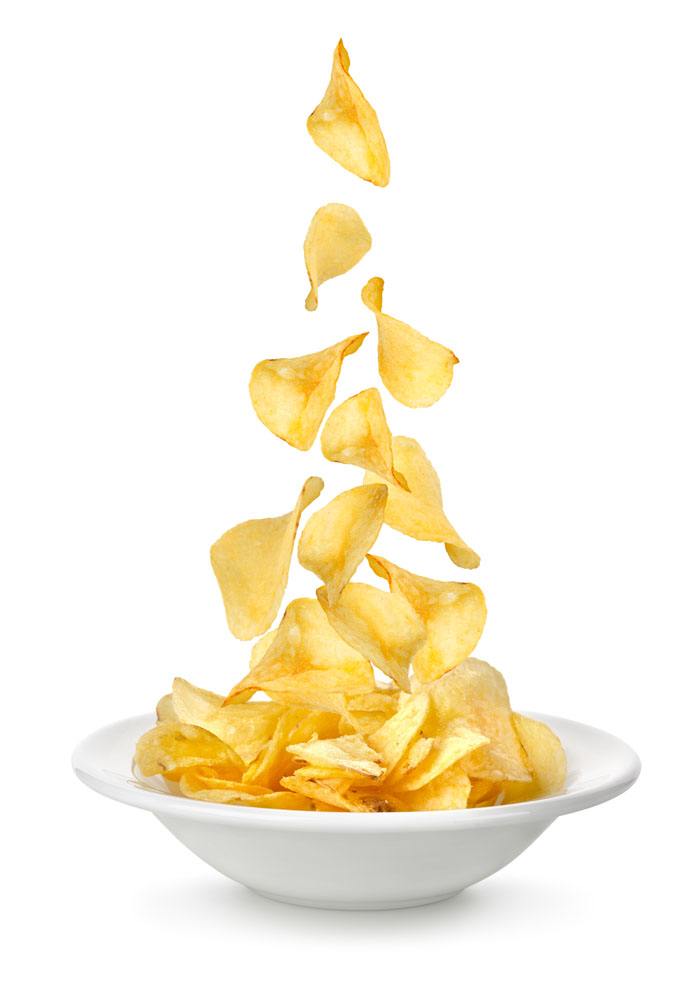 The Inventor of Potato Chips

If you can not help yourself in stopping eat potato chips, then blame George Crum. He reportedly created the salty snack in 1853 at Moon's Lake House near Saratoga Springs, New York. Cause George Crum fed up with the continually complaining that potato chips were soggy and not crunchy. Crum sliced the potatoes as thin as possible. He fried them in hot grease and then doused them with salt. The customer loved them, and "Saratoga Chips" quickly became popular at the lodge and throughout New England.

Eventually, mass-production emerged for home consumption. But since they were stored in barrels or tins, they quickly went stale. Then, in the 1920s, Laura Scudder invented the airtight bag by ironing together two pieces of waxed paper. However, thus keeping the chips fresh longer. Today, we often use plastic or foil bags for packaging. Coming in a variety of flavors, it also includes sour cream and onion, barbecue, and salt, and vinegar.

World War II changed a lot of things, and that includes potato chips. According to Food and Drink in American History, originally people suppose it as "nonessential food", which meant all potato chip production needed to cease until the end of the war. By this time, there were enough manufacturers that they had the clout to successfully lobby for the change in designation, and getting it overturned was one of the best things that could have happened to the potato chip industry for a few reasons.

At that time, sugar is rare, so people turned to potato chips to satisfy their snack cravings, and sales skyrocketed on the home front.

Abroad, troops also need chips, too. According to The Telegraph, they were already firmly entrenched in British culture, and entire troop ships packed with chips (or, more accurately, crisps) were shuttled off to deliver their crunchy goodness to Allied troops all over the world.