How do make fried potato chips in the factory？ 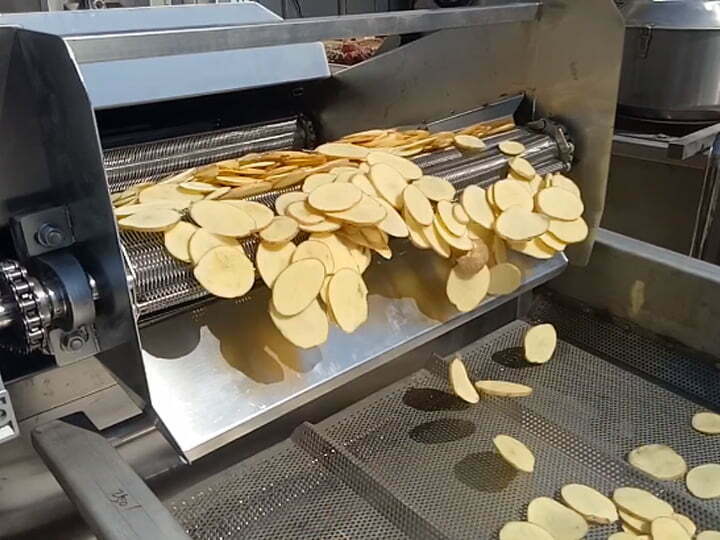 How to make potato chips in the factory?

Potato chips are generally made in large quantities in factories. And mass production means that it needs to use potato chips making plant machines with a high degree of automation.

To make potato chips in a factory, it generally needs to go through the steps of washing, peeling, slicing, blanching, dehydrating, frying, degreasing, frying, seasoning, and packaging. Do you feel that the production of potato chips is very complicated and requires so many steps? But in a factory, it only requires manual operation of the machine, and the machine automatically processes potatoes. So let's take a look at the specific steps of the factory to make fried potato chips.

Steps for making fried potato chips in the factory

Large factories usually use a spiral brush cleaning machine to clean potatoes, which can clean and peel potatoes. Moreover, the spiral structure facilitates the transportation and discharge of potatoes. Large factories generally need to use conveyor belts to transport ginger potatoes to the washing machine. And after cleaning, it is usually necessary to use a picking station to pick the potatoes.